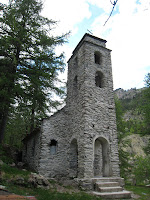 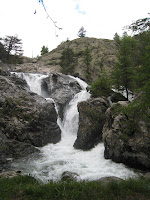 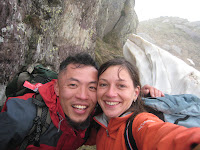 Meu bem, freshly arrived from Japan, and I went to spend the last weekend of May in the "Vallée des Merveilles", Valley of the Wonders.

40 km north of Nice, in the Mercantour Park, Mount Bego (2,872 m) dominates the Valley of "Merveilles" and the Valley of Fontanalba shaped and polished by ancient glaciers that melted 10,000 years ago, leaving finely polished rocks and lakes. 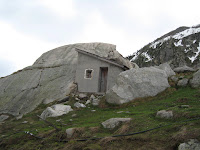 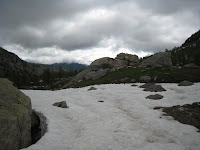 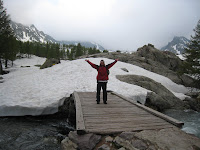 After 3 hours and a half and some difficulties to stay on the trail due to the snow, we finally reached the refuge des Merveilles. 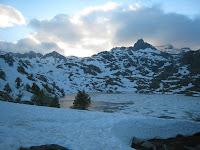 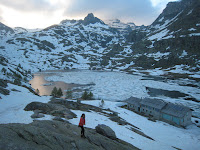 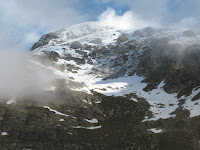 On the next day we climbed the mysterious Mount Bego... 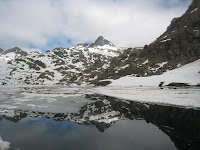 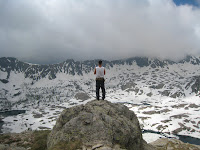 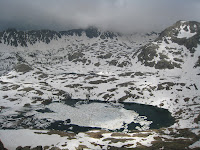 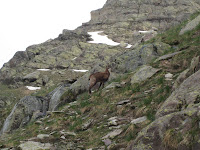 Despite the fact that the snow prevented us from seeing any petroglyphs, the ascencion was magic... 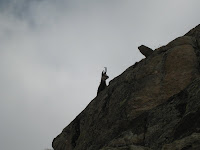 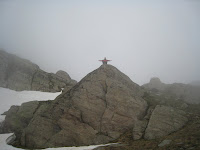 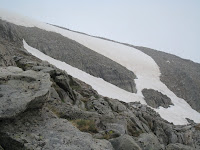 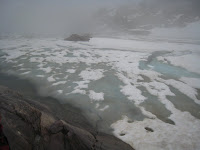 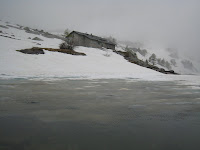 The following day, the melting snow gave way to a multitude of sprouting wild spring flowers. 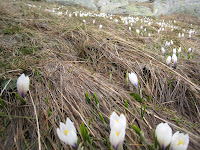 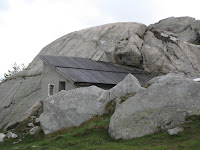 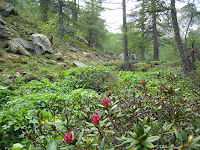 On the way down via "Baisse de Vallaurette", the scenery is simply beautiful. 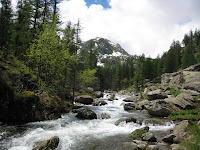 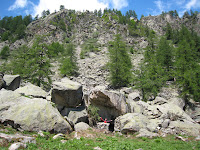 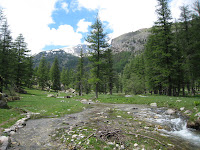 The people of the South Alps came up here because of the water–it was dry in the valley.
They were first of all hunters, then 6000 years B.C. they became shepherds and farmers.
The lakes, brooks and storms pushed the first farmers and shepherds to consider Mount Bego as dispenser of fertilizing water and to identify it to the sky divinity sowing the earth.
The storms around Mount Bego were terrific and terrible. People believed the god of lightning was here, and they came to pray for rain.

4000 rocks with nearly 40,000 engravings that evoke the daily lives and concerns of men in the Copper and Bronze Age have been found. These rock carvings are a schematic symbolic language whose study should allow us to understand our ancestors´ way of thinking, traditional rites and myths.

Almost half of these petroglyphs are rectangular shapes surmounted by two horns, schematic representations of the bovine. According to H. de Lumley, they represent bulls, the Mediterranean symbol of virility that fertilises mother earth. They were also said to canalise cosmic forces. 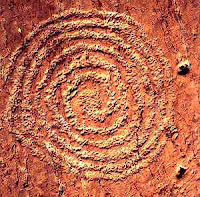 Some figures, like the zigzags on the Mount Bego’s rocks represent the water springing from the rocks.

Recently, other researchers have identified in these rock carvings the primitive couple of Indo-European rituals, as well as astronomy symbols.