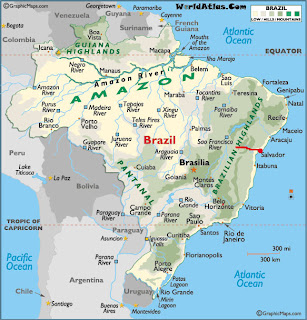 Welcome to Bahia, the craddle of Capoeira! 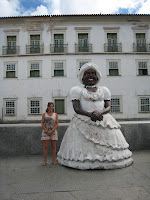 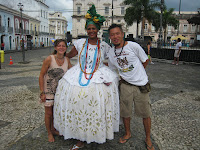 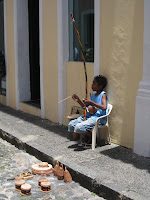 The history of capoeira began in the sixteenth century, at the time when Brazil was a colony of Portugal. The labor-African slave was widely used in Brazil, mainly in the sugar farms of northeastern Brazil. Many of these slaves came from the region of Angola, also a Portuguese colony. The Angolans, in Africa, did a lot of dances to the sound of music. 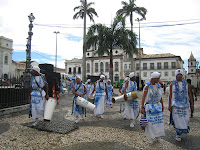 When they arrived in Brazil, the Africans realized they needed to develop means of protection against the violence of Brazilian settlers. When they flew from farms, they were persecuted by the capitães-do-mato, who had a very violent way to capture fugitives.

Slaves were not allowed to practice any type of struggle. Therefore, they used the rhythm and movements of their African dances, adapting them to a type of fight. Capoeira, a martial art disguised as a dance, emerged. 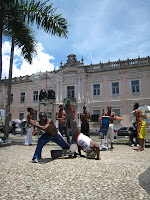 By 1930, the practice of capoeira was banned in Brazil, it was seen as a violent and subversive practice. The police received guidance to arrest the capoeiristas who practiced this fight. In 1930, a major Brazilian capoeirista, Mestre Bimba, made a show for the then President Getúlio Vargas. The president liked that art so much that it became the national sport in Brazil. 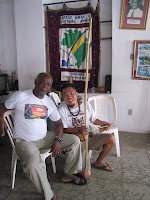 There are three styles of capoeira that differ in movements and rhythms according to the music that accompany the dances. The older style, created in the era of slavery, is Capoeira Angola. The main characteristics of this style are: slow rhythm music, lower movements (nearer to the ground) and a lot of maliciousness. The regional style is characterized by the mixture of maliciousness of Capoeira Angola with the game of quick movements, to the sound of the berimbau. The strokes are fast. The third type of capoeira is contemporary; it unites some of the first two styles. This style of capoeira is the most practiced nowadays. 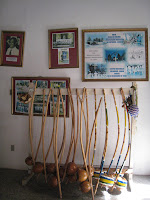 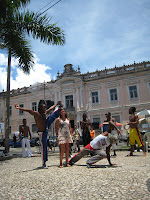 More about the history of capoeira here !

"It is time to take our nation from the darkness of racial injustice." 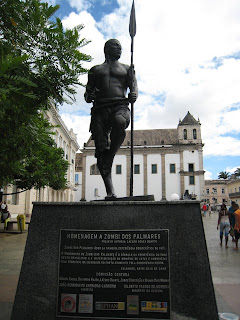 In the afro-brazilian (a mix of african and brazilian culture) popular beliefs, Zumbi is the spirit who wanders home to home in the middle of the night. This is because everybody beleived that he was imortal...

Zumbi was born free in Palmares in 1655, but was captured and given to a Portuguese missionary, Father António Melo when he was 6 years old. Despite attempts to "civilize" him, Zumbi escaped in 1670 and, at the age of 15, returned to his birthplace.

Grandson of Aqualtune, he did not allow the submission of his people to the yoke of the Portuguese crown because he wanted the freedom for all, inside or outside the Quilombo.

He continued the fight and became leader of the Quilombo. Quilombo dos Palmares (located in the current region of União dos Palmares, Alagoas, in Bahia) was a self-sustaining community, a settlement formed by black slaves who had escaped from farms and prisons. Quilombos represented slave resistance.

Wounded in 1694, when the capital Palmares was destroyed, he was killed and beheaded on 20 November 1695.

The Portuguese transported Zumbi's head to Recife, where it was displayed in the central praça as proof that, contrary to popular legend among African slaves, Zumbi was not immortal. This was also done as a warning of what would happen to others if they tried to be as brave as him.

After 300 years, the date of death of the leader of the black resistance was established by the black movement, as the national day of black consciousness.